The Botched Batch - ItalianNotebook - Italy Travel Blog
Trending Now
Home Away from Home
Italy’s Flag
Breaking the Fast
Porky Best
Cookies all day!!
Buildings and Architecture
As Easy as Pie
Gelato is NOT Ice Cream
Beautiful Italian Landscapes for an Escape
This Is as Cheesy as It Gets
Food & Wine 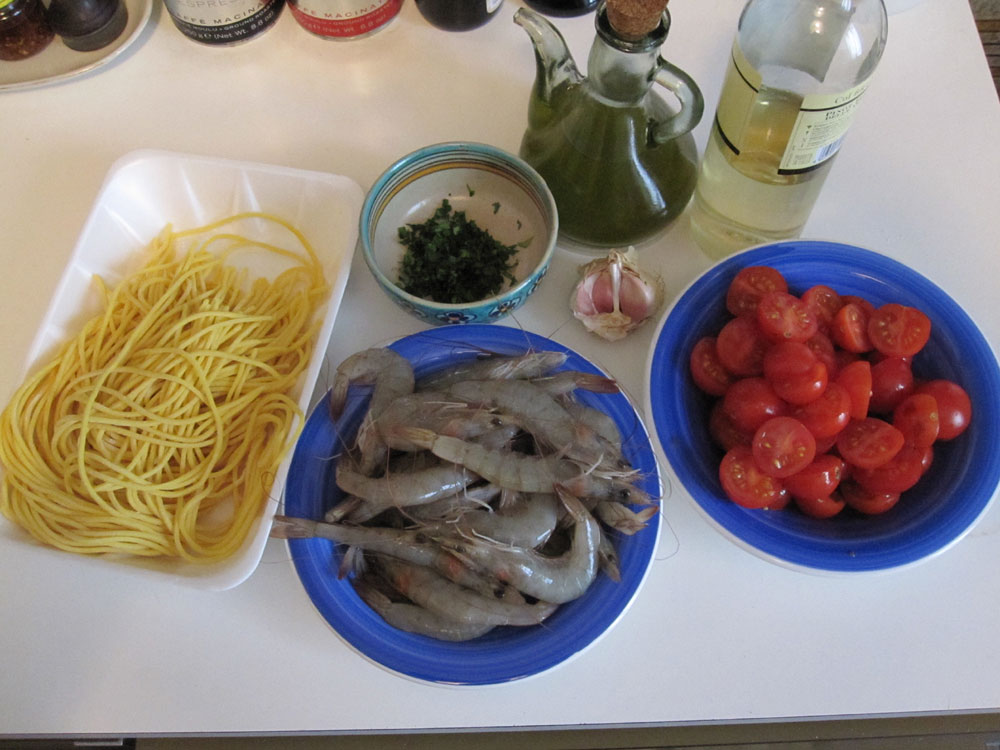 Good thing the girlfriends weren’t consulted about this one. They would have had your editor for lunch.

1) The tomatoes were too small, meaning that the tomato skin/tomato ratio was way off. Mess up any ratio in a recipe and according to the GFs it’s for the birds. (Of course, you can always quickly boil the tomatoes and then remove the skin but that’s a true pain and supposedly the skin has whatzamaziggy in it that is good for you. Too much is too much though.)
2) The tomatoes weren’t cooked long enough before the shrimp were added. Should be closer to 10 minutes. (Girlfriends would have said that the sauce fa acido, literally “makes acid” in the stomach.)
3) The whiskers of the shrimp weren’t removed, meaning that upon consumption of the shrimp, oil and tomato sauce were flying everywhere, and tentacles lurked in the sauce.
4) The fresh egg pasta (the kind that’s ready in three minutes) should have cooked about two minutes in boiling water, then gone into the goodness for the last minute. Instead, it stayed in the water for only one minute, and kinda cooked/simmered in the schmutz for two. Girlfriends would have been so proud of the application of one of their secrets here (finish cooking the pasta in the sauce) had it been applied correctly. As it was…The Horror!!
5) The pasta was added too soon X 2, i.e. shrimp weren’t pink yet. 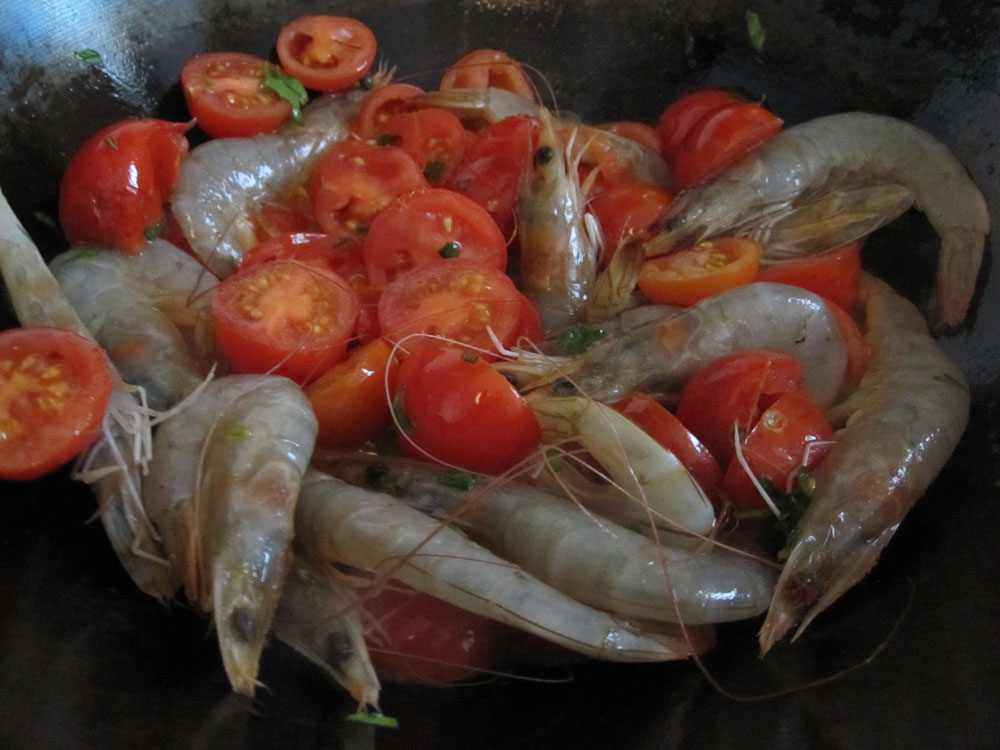 Of course the things done correctly, such as sautéeing the garlic and peperoncino in the oil first, using ripe tomatoes, adding shrimp and parsley, then half a glass of white, covering the tomatoes and shrimp to retain the liquids, using a GF secret technique (albeit incorrectly, see above), etc. etc. etc. would in no way have been enough for redemption.

Fine, so tomato peels had to be removed, pasta could have been cooked perfectly, and whiskers did their thing while the shrimp were eaten… wasn’t that bad!

If you see them though, your editor will deny he ever said that.