Reflection on the Hill of Hell - ItalianNotebook - Italy Travel Blog
Trending Now
Home Away from Home
Italy’s Flag
Breaking the Fast
Porky Best
Cookies all day!!
Buildings and Architecture
As Easy as Pie
Gelato is NOT Ice Cream
Beautiful Italian Landscapes for an Escape
This Is as Cheesy as It Gets
Local Interest

Reflection on the Hill of Hell

At the base of a mountain upon which is perched the ancient city of Assisi one sees what in olden times was referred to as the Colle d’Inferno (Hill of Hell). So named, for this place was the site of refuse that came from the city of Assisi as well as the place where public executions were carried out.

That was all to change when in 1228, at the behest of the Pope Gregory IX, a church was commissioned to be built on this site to the honor and memory of St. Francis of Assisi. The construction was to be supervised by Brother Elias of Cortona, one of the first to become a follower of St. Francis. Brother Elias assembled some of the greatest artists of the day, Cimabue, Giotto, Simone Martini, and Pietro Lorenzetti to paint scenes that illustrated key moments in the lives of Christ and St. Francis.

It’s true, consternation was expressed for choosing such a hideous site to build a church to the memory of the Il Poverello, as Francis was known. How could such a place, a place of death and filth, ever be suitable to erect a monument to St. Francis? What were they thinking? Have they no sense of bella figura: that which is proper and fitting, acceptable and correct.

Yet, working at a fever pitch, what is now known as the Basilica Inferiore was completed within two years. And on Pentecost Sunday, May 25, 1230, the solemn rites took place, the magnificent bells of the Basilica peeled and reverberated throughout the Umbrian valley. The remains of St. Francis were carried in solemn procession – clergy and people of the region, young and old, rich and poor, nobles and peasants – from San Giorgio (what today is the Basilica of St. Clare) to their final resting place within the Basilica Inferiore. The transformation was complete. As the grace of conversion that transformed the playboy Francis into the great saint who became the Herald of the Great King, so once again the grace of conversion effected a change no one could predict. What once was acknowledged as the Hill of Hell now became for all eternity the Colle del Paradiso (Hill of Paradise).

This note is courtesy of Tom Hartle, a resident of New Jersey. A seeker and a wanderer; a lover of life and a person who has a passion for new adventures. “We are not here for a long time – – – we are here for a good time.” 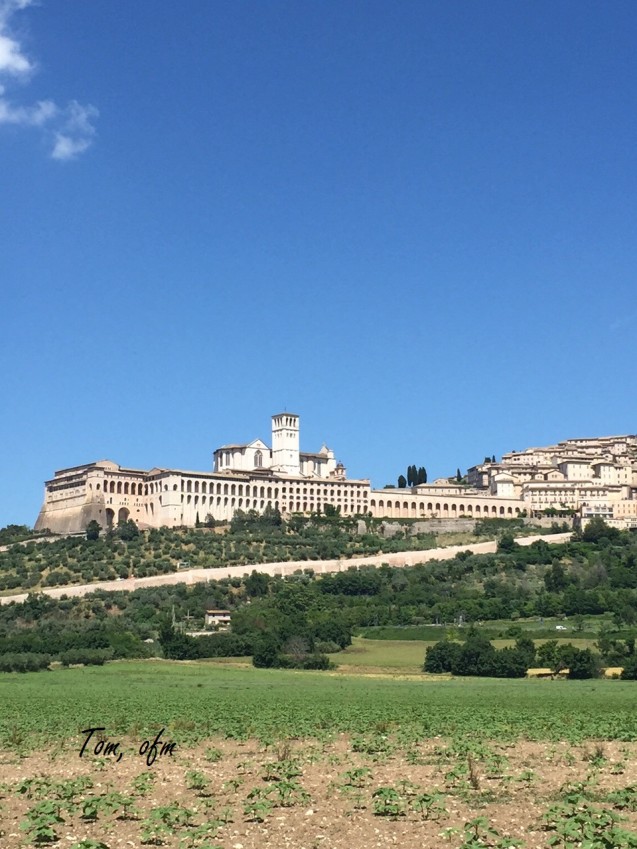