Do as the Romans do… says who? - ItalianNotebook - Italy Travel Blog
Trending Now
Home Away from Home
Italy’s Flag
Breaking the Fast
Porky Best
Cookies all day!!
Buildings and Architecture
As Easy as Pie
Gelato is NOT Ice Cream
Beautiful Italian Landscapes for an Escape
This Is as Cheesy as It Gets
Local Interest

Do as the Romans do… says who?

Have you ever heard the expression,

Of course you have.

Do you know the expression’s origin?

As the story goes, when St. Augustine arrived in Milan to assume his role as Professor of Rhetoric for the Imperial Court, he observed that the Church did not fast on Saturdays as it did in Rome.

Confused, Agostino consulted with the wiser and older Ambrogio (Ambrose), then the Bishop of Milan, who replied: “When I am at Rome, I fast on Saturday; when I am at Milan I do not. Follow the custom of the Church where you are.”

In 1621, British author Robert Burton, in his classic writing Anatomy of Melancholy, edited St. Ambrose’s remark to read: “When they are at Rome, they do there as they see done.”

Down through the years, Burton’s turn of the St. Ambrose quote was further edited, anonymously, into what is widely repeated today on a daily basis by some traveler, somewhere, trying to adjust to his/her new or temporary surroundings. 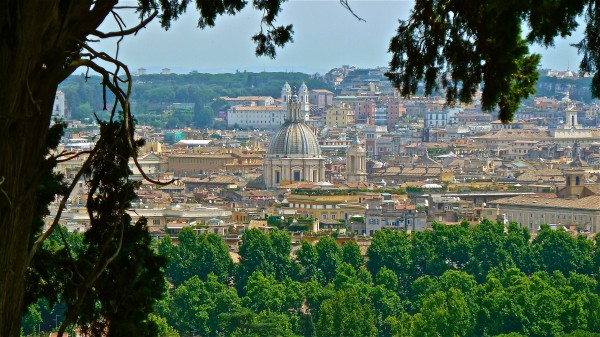 Now, I wonder who authored that popular, and highly graphic, modern-day Roman expression where one fella, obviously very perturbed at another, threatens to lay waste the other guy along with three-quarters of the residents living in his apartment building.

Hmm. I’ll have to look into that.

Hang out your shingle in Ostia Antica