The Revenge of the Milanese Butcher 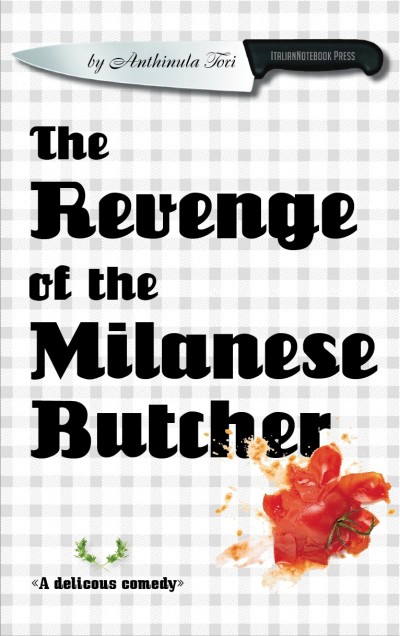 This is a murder mystery (comedy?!) about food and Italy, with a little romance mixed in, that stars Gertrude Wine, a smart and independent American chef with great sense of humor… and her snarky inner voice that just won’t shut up.

Gertrude Wine has made a splash in Milan with her unconventional restaurant L’Oca Buona (The Delicious Goose). Yet serving guests is least of her worries when a crime is committed in her kitchen. She and Inspector Valenti make an unlikely pair, yet come to rely on each others skills in pursuit of the solution to the case.

Will Gertrude and Valenti figure out who the murderer is before becoming Milanese culinary specialties themselves?!

If you enjoy ItalianNotebook then you’ll love following Gertrude Wine on her first food and murder mystery adventure, set in Milan.

So, without further ado, free and exclusively for ItalianNotebook readers…

…GET THE FIRST TWO CHAPTERS of
THE REVENGE OF THE MILANESE BUTCHER!

…or get the entire book, available now on Amazon!

For a quick peek, the following is an excerpt from Chapter 1.

Enjoy, and let us know what you think!

A young policeman came over and interrupted them with news that the freezer was covered with the fingerprints of the entire kitchen staff. He stared at them as though he had located the murderers.

Inspector Valenti, trying to impress upon the young officer a lesson in investigative common sense, reminded him that it had been a working kitchen until the night before and the staff had obviously not been expecting frozen body parts in their freezer. Just as he was saying this, Valenti gave a sideways glance to Gertrude, Leo and Maria, who, although looking innocent, could still not be discarded as potential suspects.

He made a mental note to interview each of them separately even though he suspected they could easily be each other’s alibi. Come to think of it, they might have even helped each other. They had the keys, the time, and the know-how to slice anything, including, most probably, a human being.
Once again Gertrude could see the wheels turning in Inspector Valenti’s mind and realized that they were fast becoming suspects.

“You are more than welcome to check our knives,” interjected Gertrude. “But, if I were you, I’d also study what kind of cuts were used on the meat – classic carpaccio or the Piedmont style of cutting against the muscle? The way meat is sliced is an entire world of its own and is almost like a fingerprint depending on the knife, the cut and the section. The murderer definitely knew what he or she was doing.”

Valenti looked curiously at Gertrude. “Did you cut any meat here in the restaurant yesterday?”

It was a simple question, but a look of horror rushed across Gertrude’s face as she realized that they might have mistaken human flesh for pork chop or lamb.

Gertrude Wine suddenly lost her calm. “Are you suggesting that we may have inadvertently cooked and served… OTHER PARTS OF THE BODY?!”

Leo hit the floor for the third time.

For ItalianNotebook readers, get the first two chapters of The Revenge of the Milanese Butcher.

…or the entire book, available on Amazon.com  at the special price of $4.99! 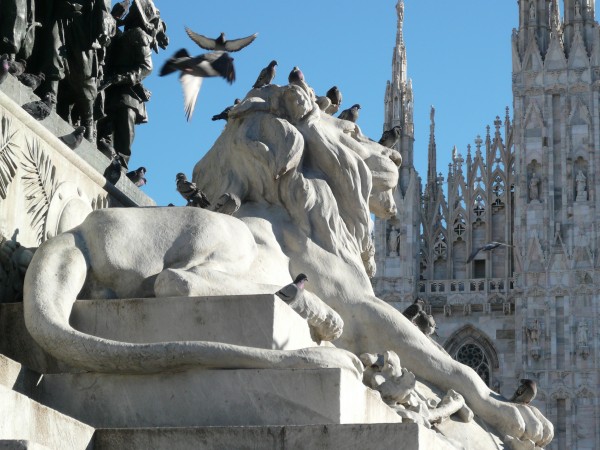 VideoNote: The Soul of the Pizza

What’s So Good About Italian Beers?