Matera - ItalianNotebook - Italy Travel Blog
Trending Now
Home Away from Home
Italy’s Flag
Breaking the Fast
Porky Best
Cookies all day!!
Buildings and Architecture
As Easy as Pie
Gelato is NOT Ice Cream
Beautiful Italian Landscapes for an Escape
This Is as Cheesy as It Gets
Local Interest 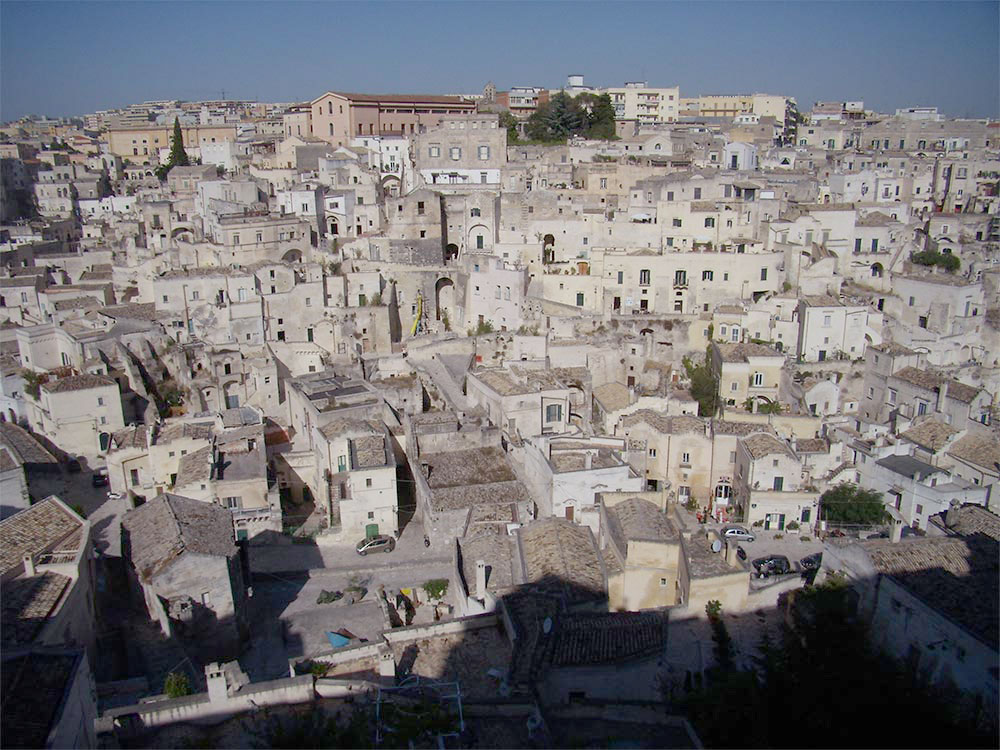 Imagine visiting an authentic Italian town so steeped in the architecture of thousands of years ago that you are able to wander around without seeing any vestige of modern times.

Located in the Basilicata region of southeastern Italy, Matera’s beginnings in the Neolithic age are still visible as caves carved out of a rocky ravine. Homes were carved out one above the other in what appears to be a haphazard fashion; a road becomes a stairway…becomes a roof…becomes a garden. These caves are suspected to be some of the first human settlements in Italy. 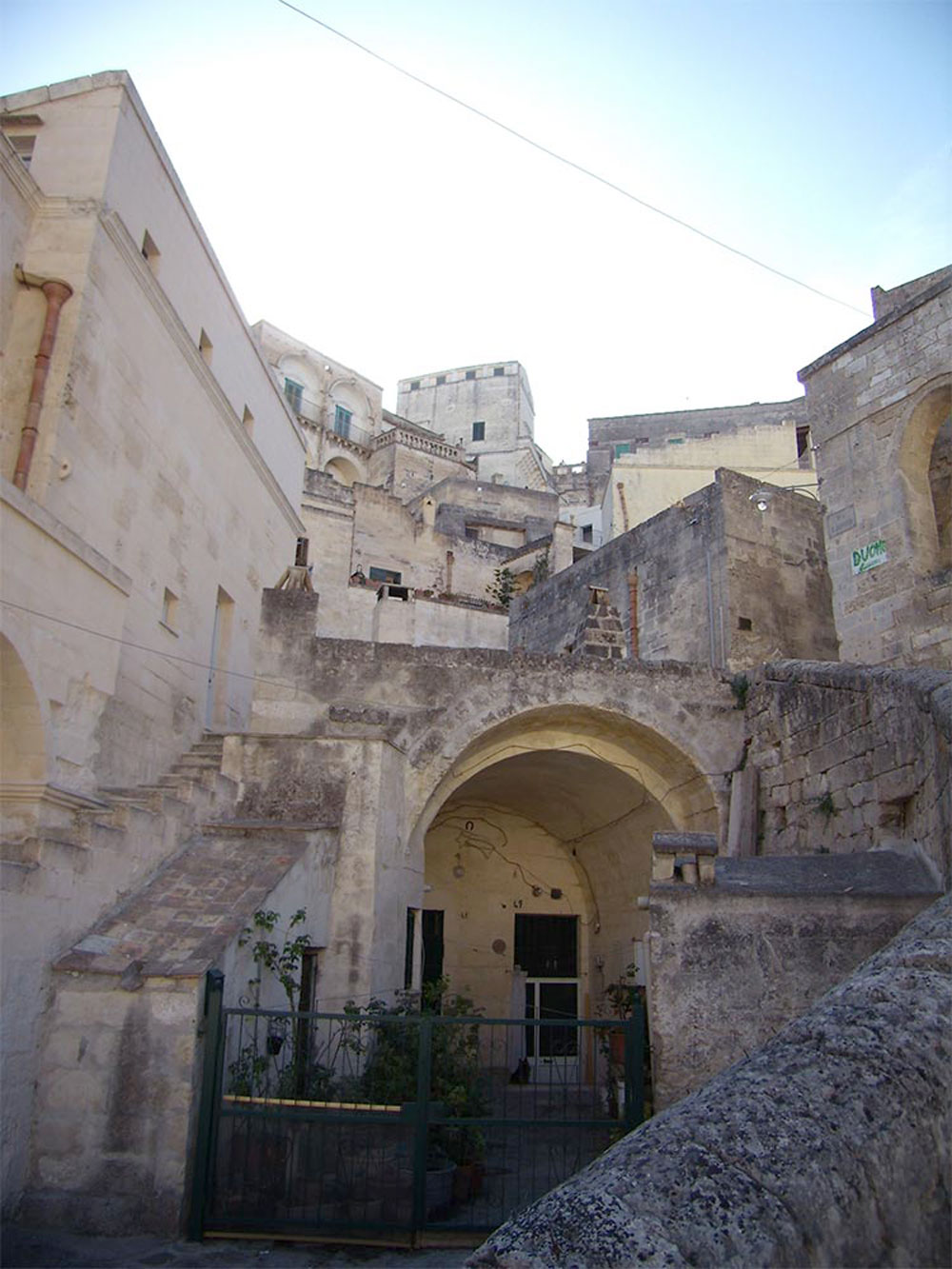 We’re fairly hopscotching the side of the hilly sassi (stones) district, imagining we’ve been transported back to the time of Christ; no wonder Mel Gibson used the town as the setting for his Passion movie. When asked what our favorite Italian town is, this is certainly it.

Over many centuries, the town has dealt with progress as well as abandonment; rapid increases in population resulted in the inability to provide water to the old residential center, effectively drying the life out it, and turning it into a ghost town for decades.

In the 1950’s, the Italian government deemed that it would be impossible for inhabitants to continue to live here, so offered them new houses in return for abandoning their ancient ones. 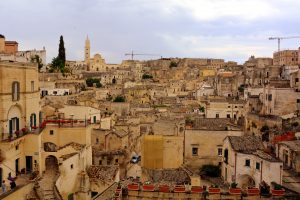 For about 15 years, more than 18,000 people abandoned their old properties in order to move to new outlying districts, and the evacuation of the historical center took place. Matera was now a lively city with a completely dead center.

The ancient city of Matera became one the greatest completely abandoned historical centers in the world. Thanks to UNESCO and the European Union, life has returned to the town, but not without its critics.

Today, ancient caves have been restored and inhabited; there are many thriving businesses, pubs, and hotels. But local environmental associations are fighting to preserve Matera from the invasion of mass tourism, which they believe would violate the sacred space and magical atmosphere of the place. 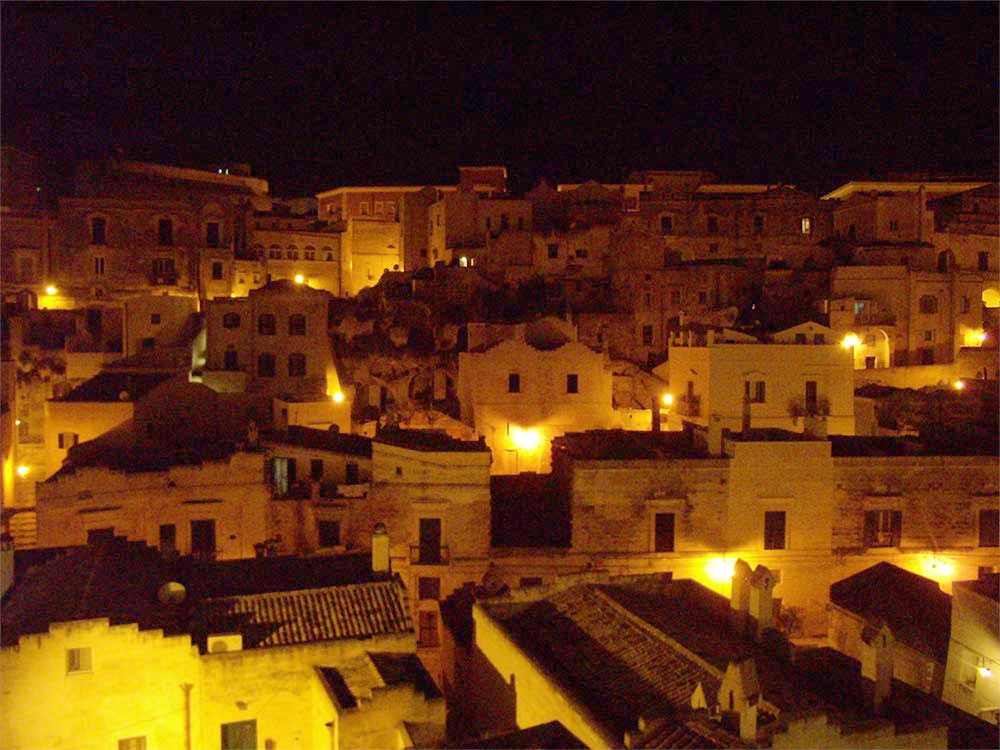 Villa I Due Padroni Bed & Breakfast