Gangi, il Borgo dei Borghi - ItalianNotebook - Italy Travel Blog
Trending Now
Home Away from Home
Italy’s Flag
Breaking the Fast
Porky Best
Cookies all day!!
Buildings and Architecture
As Easy as Pie
Gelato is NOT Ice Cream
Beautiful Italian Landscapes for an Escape
This Is as Cheesy as It Gets
Places

Every year in Italy there is a competition between towns and villages to decide which one is the Borgo Più Bello d’Italia (The Most Beautiful Village in Italy). Promoted by a popular television travel programme where the general public vote their preference, 20 villages from Valle D’Aosta down to Sicily compete to win the coveted award.

This year 134,000 people voted the town of Gangi, in the Madonie Mountains, as the winner. Artistic qualities, culture, local handicraft, traditions and good food were all taken into account.

Gangi has a population of less than 8,000 and a history of mass emigration at the beginning of the 20th century towards North and South America as well as Northern Europe.

Built atop Monte Marone there has been a settlement since 1200 BC when the Minoans from Crete in Greece established themselves here. Resembling the shape of a tortoise shell, one of Gangi’s landmarks is the XIVth century Castle of Ventimiglia, still partly owned by a descendant of this one time powerful family.

Other noble builidngs are: Palazzo Bongiorno with its frescoed ceilings by Roman painter, Gaspare Fumagalli;  Palazzo Sgadari, seat of the town’s museum and art gallery, and the Chiesa Madre with its famous Judgement Day painting by Giuseppe Salerno, one of the Zoppi di Gangi painters. Zoppo means lame in English but it is thought that the term referred to the fact that the painters were itinerant.

In the church of San Nicolò, down in the crypt, there are even 100 mummified priests from the 1700s. 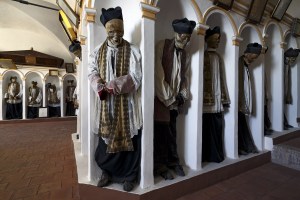 Local cheese making – caciocavallo – and bakery and biscuit cottage industries together with some of the most suggestive local festivals in Sicily, all helped win this award. The patron saint San Cataldo is celebrated on May 10th and the most characteristic, Sagra della Spiga (Harvest Festival), takes place over a week in August where farmers celebrate the fruits of the land. Amazing bread sculptures are hauled through the streets by oxen pulled carts.

As with every self respecting village Gangi has its own colourful character in the form of  ‘The Queen of Gangi’. So called by a British journalist of The Times, the name stuck.  Peppina Salvo was the first female Sicilian bandit who became the local boss controlling the town after the former capomafia, her husband, died. A feisty woman who preferred dressing like a man, she was the irrevocable judge of village disputes and official matchmaker between young girls and members of her mob. Outlawed for her whole life, she was the last person to surrender during the Siege of Gangi in 1926 when Cesare Mori, il Prefetto di Ferro (The Iron Prefect) was sent by the Fascist regime to wipe out all mafia strongholds over the island.

Aside from the anecdotes and other attractions, the reason Gangi won the award is mostly because of the people who live there. Spontaneous, warm and welcoming towards visitors, theirs is an inborn hospitality culture which probably belongs – dare I say it? – only to Sicilians. 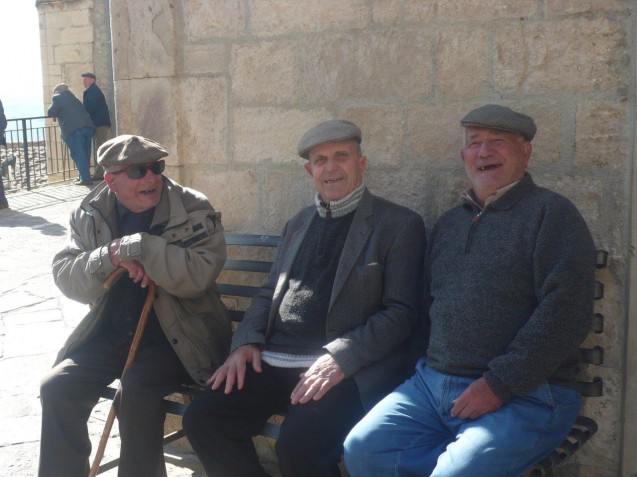 Close to Paradise in Bagarello